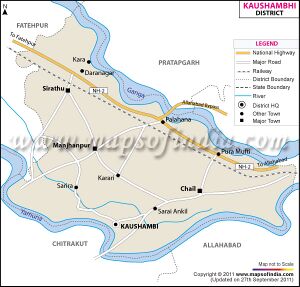 Chitrakoot Dham (Karwi) a city and district headquarters in Chitrakoot district in the state of Uttar Pradesh, India

The city's coordinates are 25° North and 81° East. It is bounded in the north by Kaushambi, in the south by Satna (M.P.) & Rewa (M.P.), in the east by Allahabad (Prayag), in the west by Banda. Chitrakoot Dham (Karwi) is situated on the bank of River Mandakini. This region have mountains and terrains.