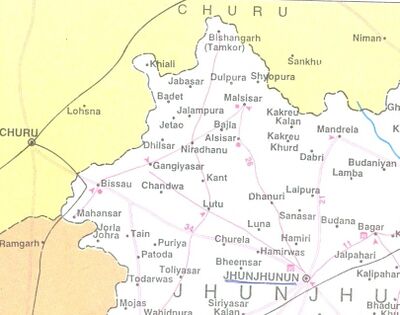 Location of villages around Jhunjhunun in north

Located on Jhunjhunu - Churu Road, 18 km from Jhunjhunu towards Churu.