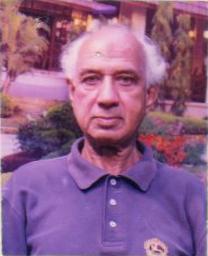 Dr S.M. Yunus Jaffery of Delhi University is a Scholar of Persian language. He is D.Litt. from University of Tehran.

He published an article in The Jats (Vol.I) (Their Role and Contribution to the Socio-Economic Life and Polity of North and North West India, Vol. I, 2004. Page 36-37, Ed. by Dr Vir Singh, Publisher - M/S Originals) under the title "The Jat in Shah Nama of Firdowsi" which is based on the Persian text of Shah Nama by Abdul Qasim bin Ishaq bin Sharaf Shah Firdowsi Tusi, published by Mohammad Ramazani, Mossisa-e-khavar, Tehran 1310 A.H./1931 AD. Dr S.M. Yunus Jaffery has given English Version as well as Persian versions in his article. Apart from this he he wrote many articles on culture of Iran published under the name 'armagave admi'. He has also edited books like 'sahabe tawarikhi', books on Samrat Shahjahan and Jahangir etc. He edited Jain Khan's book 'tarikhe babari'. Krishna Chander Dahiya the author of book - 'Jat Iran Sumer and Indus Civilization' has acknowledged that the meanings of Persian words were explained by Dr S.M. Yunus Jaffery.

The Review by Dr S.M. Yunus Jaffery of the Book 'Jat Iran Sumer and Indus Civilization' is as under:

This is the first serious attempt regarding the history of Jats. Earlier the clan had been associated with Rajputs but identification has not been defined of the word (Jat). The author has fully explained the etymology of the word, their original land, their migration around from place to place at the different intervals in the long span of history. The book is not limited and confined to Jats but also speaks about the culture, civilization of the region that are in surrounding land now ruled by Aryans. There is urgent need to revise the edition. The book deals along with history, anthropology and linguistic aspects also.

Back to The Authors