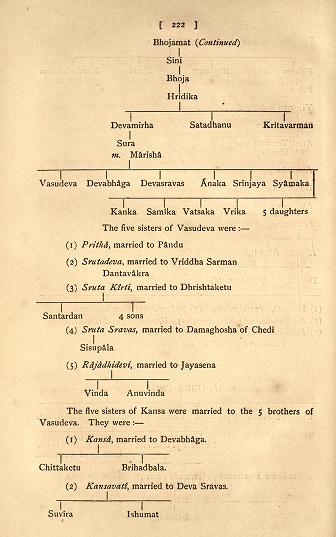 Ancestry of Hridika as per Bhagavata Purana

There are two Hridika Kings in this ancestry:

Adi Parva, Mahabharata/Mahabharata Book I Chapter 61 mentions Genealogy of the Danavas, Asuras etc. Hardikya is mentioned in verse (I.61.15)...."That great Asura who was known as Ashwa became on earth the monarch Ashoka of exceeding energy and invincible in battle. [3] The younger brother of Ashwa who was known as Ashwapati, a son of Diti, became on earth the mighty monarch Hardikya (I.61.15). 15 [4]

Back to The Ancient Jats/Back to Mahabharata People