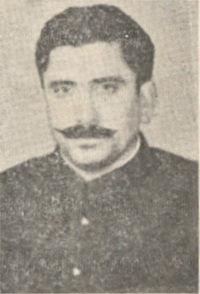 Late Ch. Inder Singh Sheokand (b: Sept. 13, 1923, d: ---) was a well-known leader of United Punjab and Haryana. He was born in village Dumarkha Kalan in Jind district of Haryana.

Ch. Inder Singh Sheokand was a member of Punjab Vidhan Sabha during the period 1957-1962. He was jailed during 1976-77 when Indira Gandhi imposed Emergency in India. After Emergency was lifted, he contested election for Lok Sabha, under Janta party ticket, from Hisar constituency of Haryana. His bio-profile, available at Lok Sabha's website, is given below.

Social activities: Actively associated with the problems of agriculturists and the downtrodden.