Note - Please click → Jhareli for details of similarly named villages at other places. 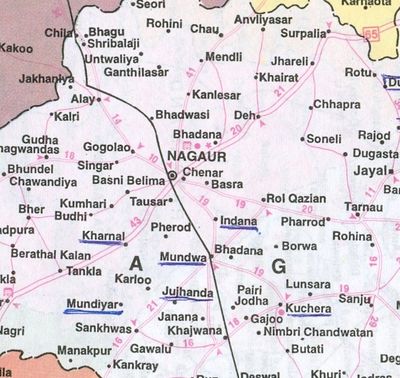 Location of Jhareli in Nagaur district

PIN Code of the village is: 341022. It is situated 40km away from Jayal town and 36km away from Nagaur city. Being a large village, Jhareli has its own gram panchayat. Nosariya, Gadriya and Burdi are some of the neighbouring villages.