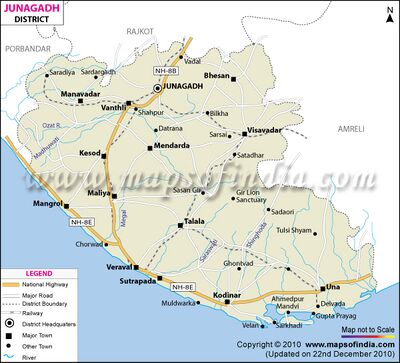 Keshod or Kesod is a city and a Tahsil in Junagadh district in Gujarat.

It has been told by many old aged people of this city that the name of the city came from a very interesting incident happened during the Mahabharata time. Krishna ran away with Rukhmani and defeated her brother Rukhmayaa. They were escaping in the jungles for days and nights. During this time Rukhmani washed her hair in the small pond (Nowadays called "Utawadiya") available in keshod. So Hairs are called "Kesha" and to wash is called "Udd" in Sanskrit. Hence the name Keshod came from the addition of these to names in Sanskrit "Kesh-Udd". Since that time the city has been called as Keshod.