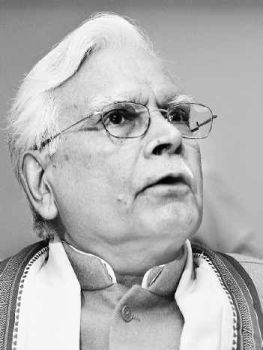 Kunwar Natwar Singh, popularly known as K. Natwar Singh was born on May 16, 1931 at Jaghina village in district Bharatpur, Rajastan, India. His Gotra is Bhagaur. Maharaja Bachchu Singh was the relative of Patiala royal family and Natwar Singh is also married in the former ruling house of Patiala. Natwar Singh's father served the Royal Army of Bharatpur native state.

Chaudhary Singh is an Arts Graduate from St. Stephen's College, University of Delhi, Delhi. He also studied at Cambridge University (Corpus Christi) in England and at Peking University in China. 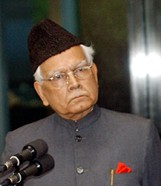 Chaudhary Natwar Singh joined the Indian Foreign Service (IFS) in 1953 and served for 31 years in that capacity. One of his earliest assignments was in Beijing, China (1956-58). Thereafter, he was posted to New York with the Permanent Mission of India, (1961-66) and as India's Representative to Executive Board of UNICEF, (1962-66). He served on several important UN committees between 1963 and 1966.

In 1966, he was posted to the Prime Minister's Secretariat under Mrs Indira Gandhi. He was part of the Indian Delegation to the Heads of Commonwealth Meeting in Kingston, Jamaica, 1975. He was an Indian Delegate to the 30th Session of the United Nations General Assembly, New York, Heads of Commonwealth Meeting, Lusaka, Zambia in 1979 and the 35th Session of the United Nations General Assembly, New York. He accompanied Ms. Indira Gandhi on her State visit to the USA in 1982. He served as Executive Trustee, United Nations Institute for Training and Research (U.N.I.T.A.R.) appointed by the Secretary-General, United Nations for six years (1981-86) He also served on the Expert Group appointed by the Secretary General of the Commonwealth, London in 1982. He was appointed Secretary-General of the Seventh Non-aligned summit in New Delhi held in 1983 and Chief Coordinator of the Commonwealth Heads of Government Meeting (CHOGM) in New Delhi in the same year. He served as Secretary in the Ministry of External Affairs from March 1982 to November 1984.

In 1984 he joined the Indian National Congress and was elected to the Eighth Lok Sabha from Bharatpur constituency in Rajasthan. In 1985 he became a Minister of State in Prime Minister Rajiv Gandhi's Council of Ministers with the portfolios of Steel, Coal and Mines, and Agriculture. In 1986-1989, he was Minister of State for External Affairs. He was elected President of the U N Conference on Disarmament and Development held in New York in 1987. He led the Indian Delegation to the 42nd Session of the U N General Assembly.

In the 1989 General Elections for Lok Sabha, he contested and lost from Mathura Lok Sabha Constituency. He was back in the Twelfth Lok Sabha in 1998 by winning once again from Bharatpur. He was elected to the Rajya Sabha from Rajasthan in 2002. When the Congress came back to power, Prime Minister Manmohan Singh appointed him to the Cabinet as Minister for External Affairs on May 23, 2004. Before his resignation from Manmohan Singh Ministry on December 6, 2005, he was a Minister Without Portfolio for some time. Earlier he was removed from his post as Minister in charge of External Affairs on November 7, 2005. Later he resigned from the Ministry and the Congress Party.

He visited Pakistan for the first time after becoming India's External Affairs Minister in July 2004 and held bilateral talks with his Pakistani counterpart to take the peace process forward.

In United States of America

In June 2004, he made his first trip to the U.S. after becoming India's Foreign Minister and met U.S. Secretary of State Colin Powell; the two discussed India's stand on Iraq. However, the prime reason Singh was in the U.S. was to represent India at the State Funeral of former U.S. President Ronald Reagan.

In April 2005, he became the first Indian Foreign Minister to meet the United States President in the Oval Office of the White House. On September 23, 2005 he made his first and only public appearance, appearing at Brown University.

Kunwar Natwar Singh is the first Indian who is rewarded with the title 'Cambridge Corpus Kristy Fellow' by Britain's Corpus Kristy College established in 1352 for his extraordinary contribution in International Politics.