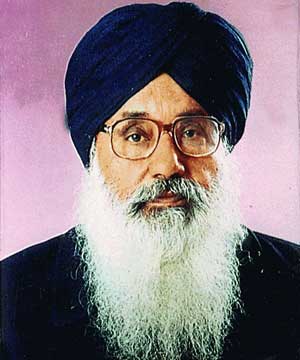 In the Punjab elections in March 2017, his party (SAD) lost majority and hence, he left Chief-Ministership when Captain Amarender Singh of Congress party, took over as next Chief Minister.

He is also the patron of Shiromani Akali Dal (SAD), a Sikh-centered regional political party based in Punjab. He was the president of the party from 1995 to 2008, when he was replaced by his son Sukhbir Singh Badal.

Parkash Badal entered politics in 1947 and was first elected to Vidhan Sabha in 1957. Also, he has served as a Member of Parliament (M.P.) and Union Minister of Agriculture and Irrigation in the Government headed by Morarji Desai.

He has two children, one son and one daughter. His son, Sukhbir Singh Badal is presently a Member of the Punjab Vidhan Sabha and Deputy Chief Minister of Punjab. Earlier he was a member of Parliament and a union minister.

Back to The Leaders/Padma Vibhushan