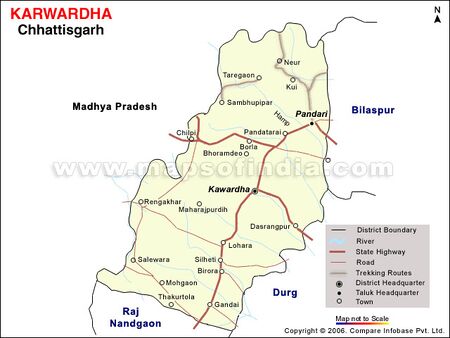 Sahaspur (सहसपुर) is an ancient historical village in Kawardha tahsil of Kawardha district in Chhattisgarh. It is 12 miles to the south-west of Kawardha. Sahaspur is only 21 miles away from Chaura an another ancient place of historical importance. There is a record of Yasoraja, dated in the Kalachuri year 934, or A.D. 1182. The town gets name after Sahasrarjuna or Sahasrabâhu (Also known as Kartavirya Arjuna). 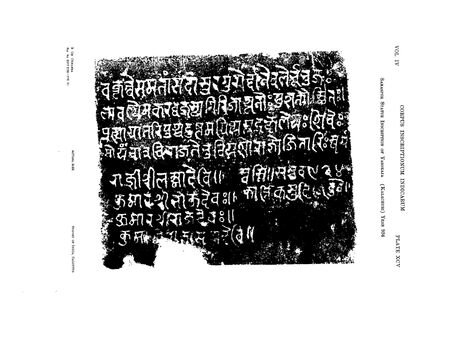 This inscription was first brought to notice by Sir Richard Jenkins in the Asiatic Researches, Vol. XV, p 506. It was subsequently noticed by Sir A. Cunningham, who gave an account of its contents and the Christian equivalent of its date together with a photozincograph in his Archœologîcal Survey of India Reports Vol. XVII, pp 42-4, plate xxii. Its date was next examined by Dr Kielhorn in the Indian Antiquary Vol XVII, p. 217. The inscription is edited here for the first time from excellent ink impressions kindly supplied by Mr M A Suboor of the Central Museum, Nagpur.

The record is incised on the pedestal of a statue, locally known as that of Sahasrārjuna or Sahasrabāhu, which lies under a tamarind tree near a tank at Sāhaspur, 12 miles to the south-west of Kawardha, the chief town of a former feudatory state of the same name in Chhattisgarh, Madhya Pradesh. It consists of four short lines followed by four half lines on the left and two half lines on the right. It is in a good state of preservation. The average size of the letters is 5". The characters are Nāgarî and the language Sanskrit. The only orthographical peculiarities, which call for notice, are the use of v for b in Valêr=.L-1 and of the palatal ś for the dental s in -sûnôh^ L-2

In the first four lines the inscription describes Yasôrāja whom the statue was intended to represent ; but the description is wholly conventional. The next four half lines on the left name his queen (Lakshmādevī), two sons (Bhojadeva & Rājadeva) and one daughter (Jāsalladevi). The date of the inscription is recorded in the two half lines on the right as the year 934 (expressed in decimal figures only), the fifteenth tîthi of the bright fortnight of Kārttika, Wednesday. This date must evidently be referred to the Kalachuri era and regularly corresponds to Wednesday, the 13th October 1182 A C. On that day the fifteenth night of the bright fortnight of Kàrttika in the expired Kalachuri year 934 ended 14 hours after mean sunrise.

As stated before, Yaśorāja was probably a feudatory of the Kalachuri kings of Ratanpur.

Here on the earth shines that Yaśorāja himself, who has conquered his enemies, who has always attained equality with the preceptor of gods in eloquence, with the Bali in charity, with the crocodile-bannered (god of love) in beauty (and) with (Kartikeya) the son of Girijā in great strength, and who is Sibi in protecting even a wicked foe who comes back to him (for shelter).

(Line 5) The queen, the illustrious Lakshmādevī.

The prince, the illustrious Bhojadeva.

The prince, the illustrious Rājadeva.

The princess, the illustrious Jāsalladevi.

The inscription mentions following names which are associated with Jat history or Jat clans: