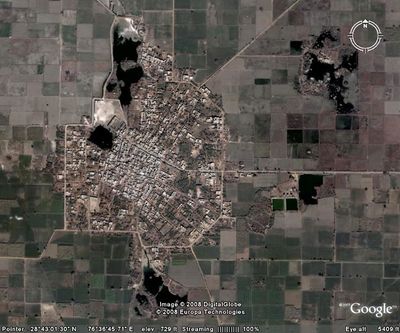 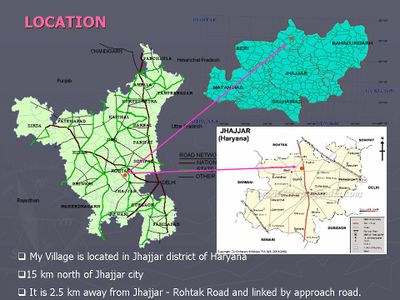 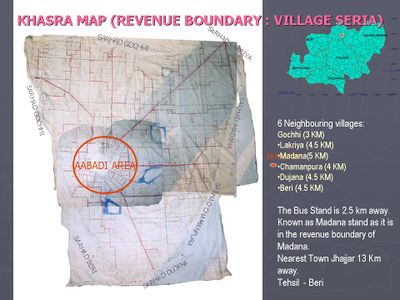 Seria (सेरिया) Village is situated in District Jhajjar (Haryana) at a Distance of 14 km from Jhajjar city and 28 km from Rohtak city. It falls 2 km inside from the NH -76 i.e. Rewari - Rohtak. The Village has good connectivity with all weather roads. Presently the village is selected for Modal Village Development Programme.

Initially, Ahlawats moved to Seria village and cleared the forests of this place for cultivation. Eldest of the brothers 'Shera' settled in the village after whom village got named Seria.

Ram Sarup Joon [1] writes that ... Ahlawat and Joon gotras belong to that branch of Solanki which ruled over Kaliani and Watapi (Vatapi) in South India from 5th to 12th century AD. They had a staunch enemy i.e. Raja Rajendra Chol. He attacked them with an army of one hundred thousand strong during the reign of seventh Raja Satish Raj Solanki and seized a major part of the kingdom.

In 1052 AD a new ruler of this dynasty came forth to redeem the old loss. His name was Ahumal and was titles Sameshwar I and Raj Raja. He attacked the Chol kingdom with a large army, conquered it and married Umang Devi daughter of the Chol king. He made Bangi his new capital. This kingdom existed astride the Tunga Bhadra River. Ahumal died in 1068 AD. His dynasty is called Ahlawat.

History of the Jats, End of Page-69

After several generations Bisaldev of this dynasty migrated towards north and settled down in village Nanhakhera (Seria) near Dighal in district Rohtak. He had four sons Olha, Ahlawat, Birmhan and Pehlawat An ancient pond (Birmala) named after Birmhan (Brebhan) is still famous for its sanctity in village Seria (Rohtak). Four new gotras (clans) originated after their names and are found settled in 30 villages around Dighal. Todd and Tarikhe Gujran have recorded this event in "Gazetteer of Rohtak" by Abdul Malik.

Seria (सेरिया) known as the "Dada-gaam" of Ahlawat Gotra and established by Dada Shera. Dada Shera were 4 brothers and he is the eldest one in all. The Village was established 1100 years back when some of the families from Dadrela (Jaisalmer – Rajasthan) came here by following the path of Gadkot(Sambhar Lake) to Kala Bad Aala (Bhiwani – Rajasthan) to Seria. They all came from the "Dadrela" village in "Jangladesh" near Sambhar Lake near Tonk District of Rajasthan.... First Established there habitation near "Kala Bad Aala" near Bhiwani City. 7 brother established the initial settlement near a Jal tree which is still exists there, 1 km outside present settlement.

They got the location of water body following a muddy buffalo. The nearest settlement was Madana Village(Jhajjar District), 5 km away from present settlement (Haryana). Had a small fight with them who came to dislocate them. After the flood occurred and the site was low lying then migrated to the near by upper land where the actual Seria is....... later on they fragmented to four Village "Seria", "Gochhi", "Deeghal" and "Barhaana" later on three village fragmented from Deeghal too "Dhandhlaan", "Lakria" and "Gangtaan". These villages still have a respectable eye towards village Seria. The other cast people came later.

Fight for Settlement: Earlier when Dada Shera with his brother tried to establish themselves. One of the representative of Madana Village came to tell them to move somewhere else. Dada Shera told all the people came with him that if the person who has come to meet, will sit on the lower-side (Paint) of the cot than we will stay here of if he will sit on the upper-side (Sirhana) then we will move from here. The person came and sit on the lower-side of the cot. Dada Shera told that no one has power to remove them from the existing location. Some people from Madam came to fight with them to remove them from the location but got defeated and after that no fight took place.

Once people of Beri planned a robbery in Seria but their plans leaked out by a "Charaj Cast" people and Seria villagers got time to prepare themselves and the same thing was conveyed to Beri people also that Seria is ready for fight. People of Seria awarded that Charaj family with one hectare of land at a good location.

Durwasa Rishi Ashram ('kuti') was there at that time, at the location of present settlement. It was on the Sherkyar pond backside of the Govt. High School. Now no older structures are present of that time. It was a very high ground just near the Pond Sherkyar, where people say that Durwasa Rishi was living. At this point of time the pond is inside the village and it is a 2nd deepest pond among the other ponds and becomes a threat for the structures around it. Also it has engulfed the three wells, which were on its banks. The elder brother Shera with two of his brothers established the first settlement there, on the high land.

The village of one Micro-Habitat has now grown up-to 45 Micro- Habitat. 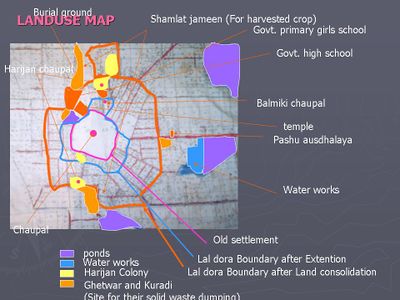 Land Use map of Seria 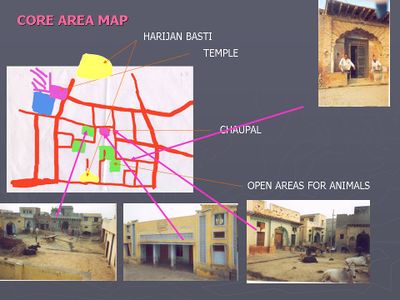 Most of the people of the village work on agricultural activities . All the streets of the Village are pukka Streets (All weather). Seria has an estimated population of 2700 people with Ahlawat surname. Seria is known for its hospitable and simple people. A beautiful temple, government and private schools, veterinary hospital, agricultural bank, furnished streets glimpse the modernization while 'Dada Birmala' surrounded by calm trees still proves the affirm believe in old Sanatana Dharma culture. 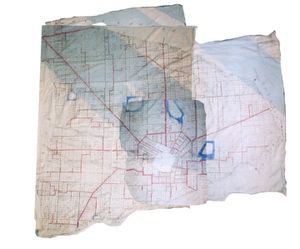 The villagers did try to settle two more families of Luhar (लुहार) caste in the village. But ironically, they too left the village after selling off the house given to them in charity by the Village Panchayat.

Some more Jat families of different gotra later settled in the village but still, they do not have that much of bond with the original inhabitants of the village. Maybe people have not accepted them till now, because of their belonging to a different gotra. This is a common phenomenon in villages where persons from other gotras are settling down, due to right of daughters in father's property - effected by different legislations framed by governments after Independence. .

Caste Structure of the Village

As such there is not any “Panna” पान्ना in the Village but there are 6 “Thole” ठौळे in the villages.

The Jats, who did not originally belong to village, are still not accepted by the villagers fully though they are here from 200 to 300 years back and using the Gautra of the village though belong to other Gautra.

According to the Haryana Panchayati Raj Act,1994 the panchayat has full power like :

There is no DPC in Haryana state.