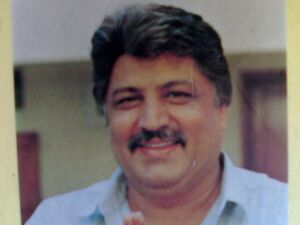 Vijay Punia (विजय पूनिया) is a leader and social worker from Rajasthan. He was born on 20 November 1949 in Jodhpur in the family of Wing Commander Chatar Singh Punia, a Hindu Jat of Punia gotra.

C.S Punia, Vijay Punia's father, was the eldest son of Master Jai Lal Punia who was a teacher at Bhagalpur High school (Punjab, undivided India). He was a native resident of village Dhingsara, district Fatehabad, Haryana. C.S Punia has 2 brothers and 3 sisters. Brothers' names are N.S punia and Bhupendera Singh Punia. Bhupender Singh Punia was a good wrestler and he has won bronze medal in All India inter university championship three times. His mother Gauri Punia has been MLA of Rajasthan Assembly for about 20 years from Congress Party. She used to contest from Makrana and Degana constituencies.

His wife Usha Punia was an M.L.A from Mundwa (Nagaur) and was tourism minister in Vasundhara Raje headed Government.

He was been awarded the India Best Cadet (NCC) in 1970. He was first in Bharottolan competition in Rajasthan University. He has been President of Rajasthan Kusti Federation.

He has been President of All India Youth Jat Mahasabha. He is associated with Rajasthan Jat Mahasabha and has played an important role in getting OBC status for job reservation for Jats. He is President of Rajasthan Swadhin Jat Hostel. He organized a Jat Mahasammelan on 3 January 1999 in Kisan Hostel Jaipur. He later organized a massive rally of Jats on 1 August 1999, which was attended by about 3 lakh Jats and established a record in social gatherings. He is building a Girls Hostel in Jaipur with public participation.