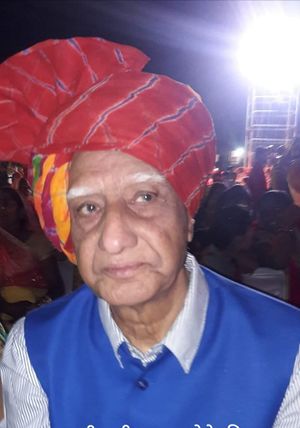 Vikram Verma (विक्रम वर्मा) (born on 23 January 1944) son of Shri Ganpat Singh Verma and Shrimati Sunderbai Verma of village Dharampuri of Dhar district in Madhya Pradesh. Vikram is a popular political leader of Bharatiya Janata Party in Madhya Pradesh, India. He was born in a Hindu Jat family of Gotra Kharagdania. He Married with Shrimati Neena Verma (Bhakar) on 22 June 1978. He has got three daughters. Their son-in-law Parvesh Sahib Singh is member of parliament from Delhi, who is son of Delhi Chief Minister Sahib Singh Verma.

He has won several awards in national level debates in Literature and participated in literary and socio-cultural activities.