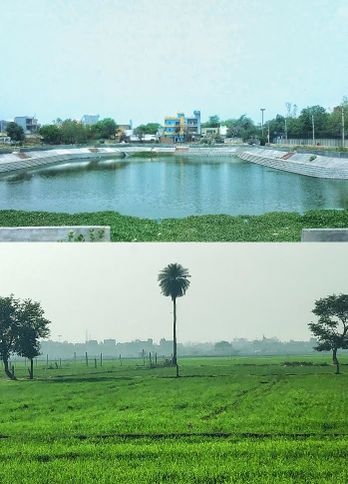 Village Nithari lies beside Kirari Suleman Nagar in the North West Part of Delhi. Nithari has seen a lot of growth lately because of industrialisation and growing infrastructure, but the core of the village is still the same classic, full of heritage and culture.

Nithari was made from Kirari, Kirari first officially appeared as (Khiraree) on the map found in the musty room of the National Archives of India which shows Delhi in 1807, shortly after the arrival of the British in 1803. It highlights the hierarchy of settlements, from small to larger villages.

On behalf of the state of Bharatpur, the Matsyavajas Jat Dheeraj Mathur and Natha Mathur were appointed to conduct the office of ruler of five villages named Karala, Pansali, Punth Khurd, Kiradi, Hastasar near Delhi. The ruins of this office are still lying in Karala. Settled in Kakana village (near Gohana) from this village itself. In addition, Matsya-Matsar or Machhar Jats reside in the villages of Putta and Umarpur in Bijnor. Khetri village in the district Sikar of Rajasthan belongs to the Jats of Matsya or Machhar gotra.[5] Residents of the village have faith in Baba Haridas (1594 - 1691 AD) (बाबा हरिदास) a famous saint of (Dagar) clan from Delhi whose temple exists in Jharoda Kalan village, in Najafgarh block of Delhi. It is said that Nithari used to be a part of Kirari but separated later on.