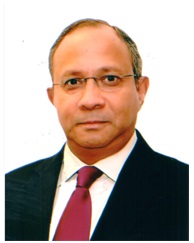 Mr. Pankaj Saran joined Indian Foreign Service in August 1982. He passed M.A. (Economics) from Delhi School of Economics(Delhi University). From 1984 to 1986, he was posted to Moscow as language trainee (Russian language). After that, he served in Delhi, Dhaka (Bangladesh) and USA (Indian Embassy in Washington DC). During 1999-2002, he served as Counsellor (Political and Commercial) at Embassy of India in Cairo (Egypt). After that (2002-2005), he served in Permanent Mission of India to the United Nations, Geneva (Switzerland). From 2006, he served in New Delhi at various important until 2012, when he was appointed as High Commissioner of India in Dhaka (Bangladesh).

In January 2016, he took over charge as Ambassador of India in Moscow (Russia) where he served till end of 2018 when he retired from Government service.

His wife, Mrs. Preeti Saran, was also an IFS officer, and served as Secretary in the Ministry of External Affairs, New Delhi.