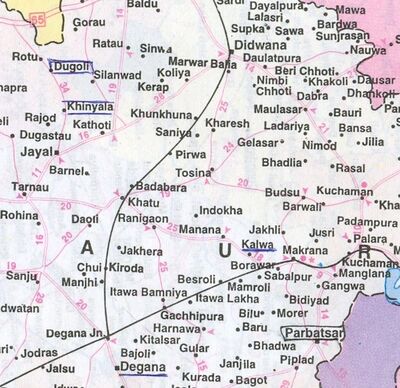 Location of Tarnau in Nagaur district

PIN Code of the village is: 341030. It is situated 12km away from Jayal town and 38km away from Nagaur city. Being a large village, Tarnau has its own gram Panchayat. Kasari, Chhajoli and Unchaira are some of the neighbouring villages.