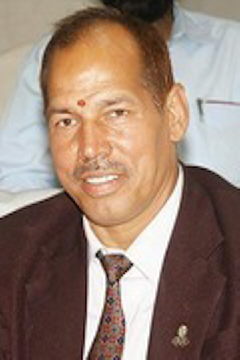 Satpal (सतपाल), Padma Bhushan and Padma Shri, was born on 1 February 1955 in Sehrawat clan family in Bawana village of Delhi.

He is the National Heavyweight Champion for as many as 16 times. He is also known as Guru Satpal, is a wrestling coach and former wrestler of India. He was a Gold Medalist in 1982 Asian Games and a Bronze medalist in 1974 Asian Games.Today he is better known as the coach of two time Olympic medal winner Sushil Kumar.[1]

Satpal has been crowned with several wrestling titles which include:

He also settled for a Silver Medal in the 1979 and 1981 editions of the Asian Wrestling Championship, He thrice participated in the World Championships, finishing 4th in Teheran, 5th in Mongolia and 6th in Amsterdam.

He was awarded Dronacharya Award in 2009 by the Indian Government. Earlier in 1983 he has been awarded by the Padma Shri award.[3]

He was awarded Padma Bhushan, the third highest civilian award of India, in 2015.

Back to The Wrestlers