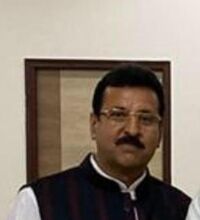 A delegation of large number of residents of Village Barian, Vijaypur, led by State President of All India Jat Mahasabha, Ch. Manmohan Singh, met with Jb.Farook Khan Sb., Advisor to Hon'Ble Governor Sh.Satyapal Malik ji to discuss an important issue which needed to be brought to the attention of the authority. Ch.Manmohan Singh informed Advisor Khan that in 1965, after being displaced, those 35 Families of Chhamb Sector were allotted land in Village Barian. The land was allotted according to the then set parameters by Govt officials. Div.commissioner that time, Sr.Sohan Singh ji, DC and Tehsildar at that time, choose these lands, had them plowed and ready for cultivation, all the expense of Govt and than declared these lands ready for transfer and so they handed the possession of lands to those 35 families in the year 1967. From 1967 to this date, these lands have remained in the possession of these present generation of those 35 families, they are cultivating these lands every season, and the girdawri duty is also in their names in revenue department records. At present, these people are being troubled for these particular lands. Govt had demarcated land for construction of AIIMS hospital adjoining to vill. Barian. And the prices of these lands have skyrocketed since then. Since then, some property dealers, out to take advantage of these villagers and make money of it, and with the help of some officials from Revenue department, have been troubling these people and questioning their rights to these lands. They claim these lands belong to them, irrespective of the name of these villagers in Girdawri documents since the time of their possession of lands. If these lands belong to those property dealers, then how do they explain the villagers using these lands for agricultural purposes for the past 52 years. In 1967, when these lands were granted to those families, there were 5-6 members to each families, which have now grown to 20-25 members, 2nd-3rd generation. How can Revenue Department, while having all the records, let these dealers harass these innocent villagers. Ch.Manmohan Singh requested Advisor Khan to conduct an enquiry about who from Revenue Department are involved or about to get involved in this malpractice and when they are found, they should be punished for their immoral and illegal conduct and misuse of their authority. Advisor Khan assured Ch.Manmohan Singh and the delegation, that he will attend to this matter personally and investigate the depth of involvement of Govt Official.