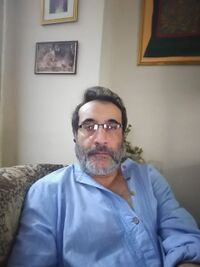 Navtej Singh Mangat is a lawyer, Solicitor of the Supreme Court of England and Wales, as well as a historian and politician. He is from Patiala on father's side and Jagraon near Ludhiana mother's side. Now retired currently resides in India where he continue sto engage in his passion for travel, wildlife and writing. He lives at A10, D B City, Sachin Tendulkar Marg, Gwalior, Madhya Pradesh. Contact- Email : nsmangat69@gmail.com. Mob:91 76928 98193.

My grandfather was also President of Law Society in Kenya during British Rule and the first non-European to hold position.

My grandfather, the Honourable N S Mangat QC (1901–1973), was a graduate of economics from both Kolkata University and UBC (University of British Columbia ) the latter at which he was a Gold Medallist in Oratory, a law graduate of Queen's College, Belfast, and University College, London, a Barrister and member of Lincoln's Inn. He became one of the most prominent criminal lawyers in British East Africa from the 1930s right through to the 1950s. He was also the first Asian to be appointed as a Queen's Counsel in East Africa during British colonial rule. In addition, he became a specially elected Member of the Legislative Council, President of the Law Society and twice President of the Kenya Indian Congress prior to Independence. He was also one of the lawyers who defended Jomo Kenyatta (who was to become the first President of Kenya post-Independence) against the charge of sedition by the British following the Mau Mau Uprising.

My grandfather was also President of Law Society in Kenya (1950-1951) during British Rule and the first non-European to hold position.[1]

My grandfather The Hon.N S Mangat QC has been recognised by the Sikh Heritage Museum of Canada for the year 1924.[2]

My father, D S Mangat BA and MA (Oxford University), LLB (London) and Barrister, Lincoln's Inn, was himself a distinguished lawyer serving as Legal Draftsman to the Attorney-General, Kenya, and later as Commissioner for the Revision of Laws for the East African Community (Kenya, Uganda and Tanzania). In the UK, he went on to become one of the most senior Asians in the Civil Service retiring as Consultant to and the Head of Intellectual Property at the Department of Trade and Industry.

I myself although not admitted to the Bar am a member of Lincoln's Inn like my father and grandfather. I am a lawyer, Solicitor of the Supreme Court of England and Wales, as well as a historian and politician.

As a politician in the UK, I represented my constituency on behalf of the Labour Party as a Candidate in local and county elections as well as being Press Officer to my Constituency Labour Party at just 21 and a nominee for Prospective Parliamentary Candidate at just 24.

As a lawyer I worked as Senior Legal Adviser, Head of Legal and VP Legal, in some of the world's largest multi-nationals advising on general commercial, contractual and IP law.

I am also an active wildlife conservationist having been a member, activist, campaigner and fundraiser in the past of the London Zoological Society, Fauna and Flora International, Environmental Investigative Agency and World Land Trust. I have been featured in international wildlife conservation newsletters, major publications (such as the Profitable Practice Magazine distributed to 30,000 vets across Canada), in Times of India and I have been interviewed on radio in Canada (Capital Red FM) on wildlife issues in India.

Now retired I currently reside in India where I continue to engage in my passion for travel, wildlife and writing (I have completed writing a book entitled, “ The Superior Englishman : Fact Or Fallacy ?”)

My wife is Maratha from Kadam family. She is distantly related to Scindias. My wife's great great grandfather was Mama Sahab the Regent of Gwalior whose sister married Daulat Rao Scindia (son of Mahadji Scindia who created Maratha Empire). Their son was Maharaja Jankoji Rao who died without issue.