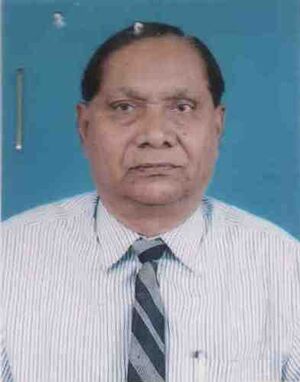 Dr Naval Viyogi is a very reputed historian. We have very frequently referred his book on Nagavanshi rulers on Jatland for the purpose of research on the history of Jat Clans. Many articles link to Dr Naval Viyogi's book which may be seen here

Author of book on Origin and History of Nagas

He is author of the book:

Nagas – The Ancient Rulers of India, Their Origins and History
(The History of the Indigenous people of India Vol. 2),
Publisher - M/S Originals (an imprint of low priced publications), A-6, Nimri commercial Centre, Near Ashok Vihar, Phase-IV, Delhi-110052.
ISBN 81-7536-287-1

The tradition of Naga worship or totem was in prevalence in Babylonia, Assyria, Palestine and Iran from ancient times and it was brought to India along with migration of Sumerians and Assyrians and Dravidian race.

There are enormous evidences of seals and seal impressions found from Indus towns to show that Indus Valley people also used to worship this serpent deity.

In Rigvedic account, there is a mention of Nagas or Ahi (serpent) race, Naga warriors or Naga kings among them Ahivritra is prominent, who was sworn enemy of Indra, the Aryan god and militant leader. In Atharva-Veda there are some hymns, which describe serpents named Iligi and Viligi, according to B S Upadhyaya, these were names of father and son in the genealogical table of Assyrian kings. This proves that serpent (Naga) race and its tradition of serpent worship came from Western Asia.

On the basis of findings of pottery type from Ahar and its proto-type from contemporary sites in Anatolia, Assyria and Iran, Dr. Sankalia has reached a conclusion that new immigrants came from the above mentioned region.

Archaeological evidences recovered from the excavation of Prabhasa a site of B & R Ware culture in Kathiavar, it has been proved by scholars that users of this pottery were Yadavas of Mahabharata fame. These Yadavas were original inhabitants of Western Asia and Iran. Racially they were round headed Alpine or a blend of Alpine or Dravidian race. These people, according to Rigveda were non-Sanskrit speaking non-Aryans whose mother tongue was Souraseni, which has been described as Mlechchha language in Puranas. They are also called Dasas in Rigveda.

Krishna, the black hero of Yadavas, in addition of his being an incarnation of Vishnu was also a son of Vasudeva and great grandson of Aryaka who was a Naga chief in origin. Baldeva or Baldou, the elder brother of Krishna is said to be reincarnation of Seshanaga, hence he was always under the protection of many hoods of cobra. At his death his soul came out of his mouth in the form of large cobra.

They developed a guild based industry and trade system and at one stage their every village was turned into an industrial state. The base of their military system was nation-in-arms which made them most powerful and invincible people of the ancient age. Republican system was base of their ruling system, which is said to be modern development of Europeans.

In short these people were wealthy worker and warriors who believed in equality and brotherhood and knew no caste. They were followers of Buddha's teachings of non-violence, their sword was not for violence but for maintaining peace. They were architect of urbanization of ancient India second time after the fall of Indus cities and their ultimate achievement was "Golden Age" of Indian history.

We have excerpts from the book Nagas – The Ancient Rulers of India on Jatland in following articles:

1 Decline of Vedic culture
2 Decline of the Power of Aryan Kshatriyas
3 The Revival of Naga Power (1100-500 BC)
4 Buddhist and Jain Culture
5 The Migration of Nagas in terms of Archaeology
6 Relations of Kurus and Nagas
7 The Rise of Nagas and Capture of Hastinapur, Kashi and Videha
8 The kingdom of Ahichchhatra, its capture by the Nagas

Dr. Naval Viyogi was born in 1937, in the district of Aligarh in Uttar Pradesh in a petty farmer family living hand to mouth. His mother was Shrimati Ganga Devi and Father Shri Godhon Lal.

He took his early education at a local school in Iglas town. He completed his graduation from the Punjab University and after a long gap of period he achieved the Degree of D. Litt in History and Culture from the Round Table University, Erazona, U.S.A. In his early life he worked as a school teacher and for a short time as sub-editor in a daily paper of Jalandhar. And after that he joined the Railway department as clerk and retired as an officer. Now-a-days he is working on a ten volume 'Research Project' entitled 'The History of the Indigenous People of India.' He has two sons from his first wife soon became a well known author of Sarita Group of Magazines. He has so far written 10 novels, about 120 short stories and articles, one book on social revolution, 5 books and 6 research papers on History and Culture.

Dr. Viyogi is a research scholar of first order. He has broken many new grounds pertaining to ancient history of India, which has almost lost its ground and true statement of fact owing to monopoly of colonial historians who deliberately have eroded the glorious history of native people of India. Indian history, now in courses of schools, colleges and universities is a history of invaders who were barbarians in general. But Dr.Viyogi through his meaningful research has proved that native Naga people were highly civilized, their heritage and culture was very rich. They developed an ideal social, religious, economic and political system which made them very wealthy and invincible warriors and ideal citizens. Thus they founded Indus Valley Civilization, one of the oldest civilization of the world. They are responsible for the urbanization of India as much as twice and to bring forth 'Golden Age' of Indian history. If this existing course of invader's history is replaced by this new research work, it can prove to be an ideal history for developing young brain to the right path of creating sense of nationality, humanity, fraternity, liberty, patriotism and rationality. This can be a gain of considerable amount of progressive mileage in the human history.