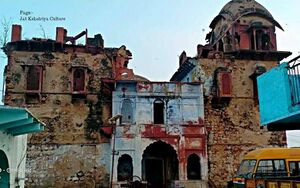 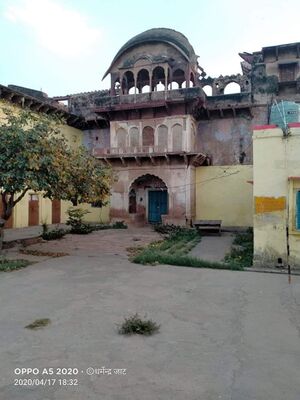 Dr Girish Chandra Dwivedi[1] writes that when Churaman (December 1708) attacked the rebel Rajputs, Churaman's brother Ati Ram , who was a friend of Naruka, mediated a settlement between Churaman and the Naruka.

On 24 July, 1711 the Mughal Emperor ordered the destruction of the fort of Halena however Atiram Singh was able to defend his fort. He helped his brother Rao Churaman in all his campaigns. Atiram Singh got success with the help of his elder son at Halena while his younger son Shardul Singh Sinsinwar after defeating Vijay Ram Garasia took control of Pathena Fort. Shardul Singh was a very brave man even Peshwa Bajirao Ballal praised him on his bravery. The Halena and Pathena families are descended from Atiram Singh. The history of this house is well documented in the 18th century book 'Garh Pathena Raso'.[2]

Badan Singh’s second imprisonment within a short time and the maltreatment at the hands of Muhkam Singh ultimately strengthened his cause. Fransoo adds that as many as 22 prominent sardars (Said [3] to be Raja Ram’s son, Fateh Singh of Ajan , Anup Singh of Arig, Ati Ram’s son, Shardul Singh of Halena , Gujars of Sihi and Helak , Purohit Kalu Ram and Lalji of Barsana and others), who loved Badan Singh for his “ good behaviour” appealed to Muhkam Singh to release his cousin but he refused . [4],

Vijay Ram Garasia, the chief of Pathena, being a close associate of Churaman and his sons, had in the past and still opposed Badan Singh. In an attempt to bring the Garasia close to him, he married Suraj Mal with his daughter, Kalyan Kaur (Kalayani). [5] But this conciliatory step failed to mend his ways. Thereupon, he granted Pathena as a jagir to Shardul (the son of Ati Ram of Halaina) whom he had earlier won over to his side. Shardul killed Vijay Ram and held Pathena under Badan Singh. [6]