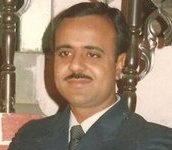 Gawar (गावर) has started from word Gawhar. The Gawhar republic finds mention in the epic Mahabharata. [3]

B S Dahiya[4] writes: The Gawars are mentioned in the Markandeya Purana as Gabalah. [5] Gabar of Zabar in Persian means high or superior.

H. W. Bellew [6] writes that Gabari, Gabarai or Gawari, who, before their adoption of Islam, were, as the name implies, "Fire-worshippers, and perhaps Persians of the Pauthiali tribe (before mentioned), one of whose chief ancient seats is marked by the existing Pandiali district in the present Mahmand hills, between the Kabul and Swat rivers.

The chief tribes of the Medes, says Herodotus, were the Busai, the Paratakenoi', the Strukhatai, the Arizantoi, the Budioi, and the Magoi. None of these tribes are traceable by those names in Afghanistan. Paratakenoi is perhaps the same as the modern Kohistani and means "Mountaineer." The Magoi or Persian Magh are now called Gabr, and by this name are found in several parts of Afghanistan as small sections of some of the larger tribes; and in Swat and the neighbouring hills on the Indus, north of Peshawar, they constitute a distinct tribe called Gabari or Gawarai, occupying a small district called Gabrial, on the west bank of the Indus above the Barando valley. Formerly they were an important tribe in these parts, and Swat was called Gabari, or Swati Gabari, down to the time of the Emperor Babar, the middle of the fifteenth century. They were fire- worshippers,and appear to have come into these parts at an early period of the Parthian or Arsaki rule ; they are now nominally and professedly Musalmans. Among the western Muhammadans the name Gabr or Gawr is used as a term of reproach, and is the familiar Giaur applied by them to Christians and other unbelievers in Islam.[7]

H. W. Bellew[8] writes that the Swat and Bajaur country was called Swati Gabari, from the dominant Gabari tribe before mentioned ; but since the conquest of this tract by the Yusufzi, in the latter part of the next century, the Gabari have almost entirely left the country and migrated to the Dardu districts along the banks of the Indus about Koli, Palas, etc., known as Gabrial, or Gabari country ; and at the same period probably the Yaskun migrated from Bajaur to Chitral and Yasin, whilst those of Swat migrated across the Indus to Pakli Hazarah under the name of Swati; which is the territorial name given to all the ancient peoples of the Swat country, and includes, besides the Gabari and Yaskun, a number of other petty tribes of Indians.

H.A. Rose[9] writes that Gabr (गबर), or, as they call themselves Narisati,* a small tribe found in a few villages in Chitral. Possibly the Gabrak of Babar's Memoirs, their language differs considerably from that of the Gabare of the Indus valley. The Chitralis speak of them as a bald race, and they certainly have scanty beards. Sir G. Robertson describes them as all Musalmans of the Sunni sect, who have a particular language of their own and are believed to have been anciently fire-worshippers.

The Gabr has no very distinctive appearance except that one occasionally sees a face like that of a pantomime Jew. There are one or two fair-visaged, well-looking men belonging to the better class, who would compare on equal terms with the similar class in Chitral : they, however, are the exception,

The remainder, both high and low, seem no better than the poor cultivator class in other parts of the Mehtar's dominions, and have a singularly furtive and mean look and manner. The women have a much better appearance. They dress in loose blue garments, which fall naturally into graceful folds. The head is covered with a blue skull-cap from which escape long plaits of hair, one over each shoulder, and two hanging down behind. White metal or bead neck and wrist ornaments contrast well with the dark blue material of their clothes. At a short distance these women are pleasing and picturesque.

According to H.A. Rose, The Ramgul Kafirs are also spoken of as Gabars or Gabarik, but they have no relationship with the Gabr.

H.A. Rose[10] writes thatGibari (गिबरी), Gibari (गिबारी), Gabari (गबरी). — According to Raverty[11] Gabar was a town in Bajaur and the Gibaris were the ruling race in that tract, speaking a dialect different from the other tribes. The Afghan historian describes the people with whom the Afghans first came in contact in those parts as speaking two dialects, the Gibari, spoken by that tribe, and the Dari, spoken by the Mutrawi and Mumiali.‖ The Gibari, with the two last-named tribes, were septs of the Shilmani. See also Gabare, Gabr and Gaur.

There are 24 Villages and few more naglas(small villages)in the Mant Tehsil of Mathura District in the Indian state of Uttar Pradesh. These 24 Villages of Gawar Gotra are popularly known as Chaubisi (चौबीसी). Most of the land of Chaubisi is irrigated by the Ganganahar.