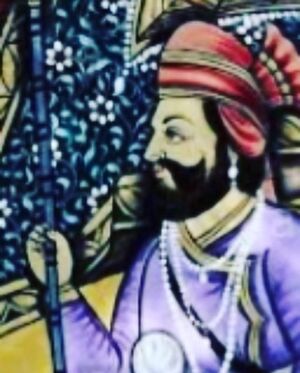 Rana Jai Singh was the founder of Bamraulia Dynasty. He acquired territories near Garh Bairat, south of Alwar. He had good relations with Emperor Anangpal Tomar. His descendants fought Turks and later migrated to Trans Chambal region where they made there first base at Bamrauli Katara then Khitoli, Gohad and finally Dholpur. All Bamraulia Jats are descendant of Rana Jai Singh.[1] 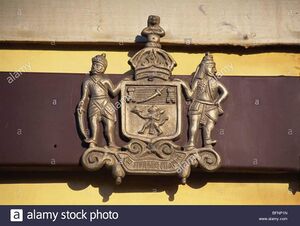 Bamraulia clan belong to the Deshwali section of Jats. They came in prominence in 1068 AD when Rana Jai Singh, who acquired territories near Bairat, south of Alwar. Loyal to Emperor Anang Pal Tomar, he received the hereditary title of Rana in ca 1068, together with the usual Royal insignia of a parasol and chamra or yak-tail. Rana Palun Singh, transferred his allegiance to Prithvi Raj Chauhan, and was slain in 1175 fighting the Muslim force. Rana Birhan Pal, son of Rana Palun Singh, settled at Bamroli, near Agra in 1195. It is from this place that the family derives their name. His descendants ruled there until driven out by the Muslim Governor of Agra in 1367. Rana Ratan Pal Singh, eighth in descent from Birhan Pal Singh, joined the service of the Tuar ruler at Gwalior. His son Rana Singhadev Singh supported Raja Barsingh Dev of Gwalior, helping him to win his independence from their Muslim overlords in 1375 He married a Jat lady of Bisotia clan and later settled at Baghthurra, near Gohad. Rana Sujan Deo/Singhadev Singh II, fifth in descent from Rana Ratan Pal, received Gohad from Raja Man Singh of Gwalior in 1505. His title to that state being later recognised by the Emperor Sikander Lodi.

Thereafter, his descendants gradually extended and added to their territories, which eventually amounted to 56 mahals or districts, yielding revenues of Rs 66 lakhs per annum. Maharaj Rana Bhim Singh, the thirteenth ruler of Gohad, pronounced his independence from Mughals expanded the state and become the overlord of whole trans Chambal region even succeeding the historic fortress of Gwalior in 1761, but lost it to the Mahrattas and died fighting them.

Burning with resentment against the Scindia, his nephew and successor Maharaj Rana Chhatra Singh did everything to oppose them. Maharaj Rana Chatra Singh showed his sense of the importance by seizing the fortress of Gwalior and defeated Marathas in numerous struggles but then lost it to Scindias in 1784 (because of treachery), who then crushed his opponent by seizing the whole of Gohad. Maharaj Rana Chhatra Singh reached to the neighbouring Karauli, but was returned to Scindia as a state prisoner, confined at Gwalior fort, then quietly poisoned in 1788.

The Bamraolia clan Jagidars and castellan had effectively been destroyed by the Scindia then spent the next twenty-years fighting each other in a bloody tussle for power. Eventually all the clan leaders resolved to settle their differences by choosing a single ruler in the person of Maharaj rana Kirat Singh, a cousin of the deceased rana. Installed at Baghthurra Fortress in 1803, he at once revived the alliance with the British. They agreed to restore Gohad to him in return for his help in crushing the Maratha power. However, once hostilities ceased, Scindia opposed the restoration. The Rana then agreed to surrender Gohad in 1805, receiving Dholpur, Bari and Rajakhera as compensation in the following year. The ancient town of Dholpur became the capital of the new state, from which the state also took its name.