After handing over delhi to Prithvi Raj Chauhan Tomars went to Modern day Baghpat and settled in 84 nearby villages. When Britishers came they saw that their are tomars in all the nearby areas so they called it nation of tomars. Since then that area is known to be as Desh-Khap.

According to Harihar Niwas Dwivedi [25], raja Bhim Singh of Hansi and such other Kings (150 as per Firishta) were under Tomara Federation.

Bhim Singh Dahiya[26] provides us list of Jat clans who were supporters of the Tunwar when they gained political ascendancy. The following Jat clans supported the ascendant clan Tunwar and became part of a political confederacy:[27]

Hukum Singh Panwar (Pauria)[33] is a noted Jat historian and considers that Sinsinwar Jat rulers have originated from Tomars. He writes that Since we hold the ancestors of the Bharatpur House to be Tomar, it will not be out of place to know who the Tomars were. We have already noted that the triangle formed by Agra, Delhi and Jaipur, including Bayana and Bharatpur, was, as the inscriptional and numismatic evidence indicate, dominated by the Arjunayanas, Yaudheyas and Uddehikas, whose descendents are said43 to exist among the Jats and Rajputs. However, it is well nigh impossible to imagine that these tribes might have disappeared in the thin air. The Yashastilakchampu44, a Jain work compiled by Soma Deva Suri, attests the presence of the Yaudheyas in the 10th and 11th centuries AD. Awadh Biharilal AWasthi45 finds the Yauddheyas of Bayana teaching a lesson to Balban in Mewat so as not to put his hand again in the hornet's nest. Kalyan Kumar Das Gupta46 also confirms their existence as well as that of the Arjunayans in the 11th and 12th centuries AD. in the triang1llar territory mentioned above. We also know from the Brihatsamihita of Varahamihira47 that the Yaudheyas and the Arjunayanas formed a close association. In fact, they were the constituent members of the one and the same Samgha (confederacy).

Satyartha Prakash by Swami Dayanand Saraswati has published a list of Aryan kings of Delhi. [34]Raja Virsalsen was killed by Raja Virmaha. His 16 generations ruled Delhi for 445 years, 5 months and 3 days. Thakur Deshraj has given the details of thse Pandavavanshi Tomar Gotra Jat rulers.[35] 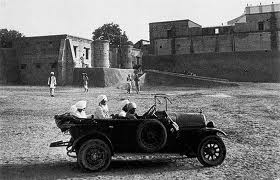 Tomar Jats are mostly found in Distt. Bagpat in Western U.P. (U P). In Bagpat area there are 84 villages of Tomar Gotra. This area, the Khap of Tomars, is well known as Desh-khap. Baraut is the capital of Desh-khap. The only gotra in western UP with more then 100 village, 84 in Baghpat & Muzaffarnagar district, 12 in Bulandshahar, about 5 in Mathura. They have captured a big area that is why called (desh wale), one of the biggest gotra in Jat and the only to have its name of 84 villages mentioned here.[36]

"The Jats are the descendants of Scythians, whose kingdom's capital was Scythia, in the present Ukraine (Ukrainian), Soviet Social Republic, is the constituent Republic of the European USSR (Population 49,757,000) in 1947. Now Ukraine's capital is Kiev, the third leading city in Russia. Before the invasion of the golden herd, 13th century B.C. Scythian, ancient kingdom of indeterminate boundaries, centered in the area north of the Black Sea."[47]